Lavender for Cancer: Fighting Cancer with Passion, Leadership, and Love

Keegan Small and Nolan Sievert are two 16 year-old youth from British Columbia Canada, who are taking on a very big dream over the summer. They want to help fund the fight for cancer with lavender.

Keegan, an aspiring filmmaker and hockey player, was devastated when his mother was diagnosed with cancer. Keegan was faced with the realization that this horrible disease affects anyone regardless of his or her previous health and lifestyle. “I am passionate about raising money for cancer research because I believe that no one should ever have to suffer from this disease.”  Cancer is the second leading cause of death worldwide, but Keegan and Nolan are joining the fight after designing their DREAM Service project “Lavender for Cancer” at Powerful Youth’s Global Leadership Academy.

Nolan, who has known Keegan and his family for several years, is equally dedicated to fighting cancer. Nolan is passionate about creating and editing short movies accompanied with music to support and promote their message. Nolan plans to document their project by creating one of his short videos and promoting them on his YouTube channel.

During the two-week Global Leadership Academy, each participant is given the tools and the support to develop a personal DREAM service project after they graduate from the program. Keegan and Nolan’s determination to make a difference in the fight against cancer was clear when they presented their project outline which included Deadlines, Relationship to others, Excitement, Action items, and Measurable change (i.e. the acronym DREAM.)

Nolan and Keegan are picking lavender from Nolan’s farm and selling bouquets in Victoria for donations that go 100% to cancer research. They also set up a gofundme account called Lavender for Cancer. Their original GoFundMe goal was $500, but ultimately raised over $1,800. In total, their project raised over $6000 to fund the fight against cancer. “I know how important donations are for cancer research, so I just want to do my part in finding a cure, ” says Keegan. 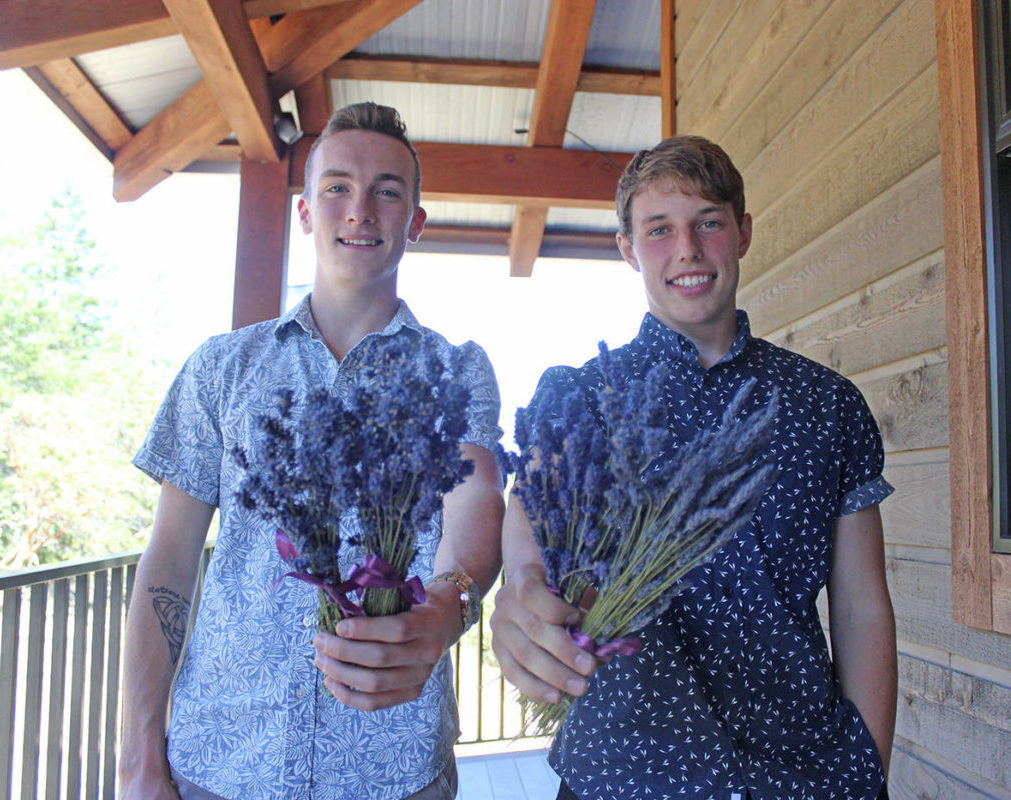 “I am passionate about raising money for cancer research because I believe that no one should ever have to suffer from this disease.”